Get your deals today! Prices starting at $9,998

Spider Mower USA has been providing solutions to America’s landscaping industry since we first opened our doors in Orlando, Florida as Slope Care, LLC back in 2007.

As the national supplier of SPIDER — the world’s first commercial remote-control, all-terrain mower — Spider Mower USA’s line of mowers provides those employed in the landscaping industry a better working experience.

SPIDER mowers are well known in the commercial landscaping industry to be able to do difficult and highly dangerous jobs. Prior to using a SPIDER slope mower, many operators maintained various terrains or otherwise inaccessible areas with brush cutters, risking injury from muscle strains, slips, falls and other outdoor work hazards.

By using a SPIDER mower instead, operators can efficiently and safely landscape with peace of mind by knowing their risk of injury or suffering a catastrophic life event during their job is virtually eliminated.

How Our Mowers Improved Work Life for a SPIDER Trainer

During a conversation with William Harris — a former DOT contractor and current Spider Mower USA Product Trainer — it became more evident how SPIDER mowers increase the quality of employee work-life experience in the landscaping industry. 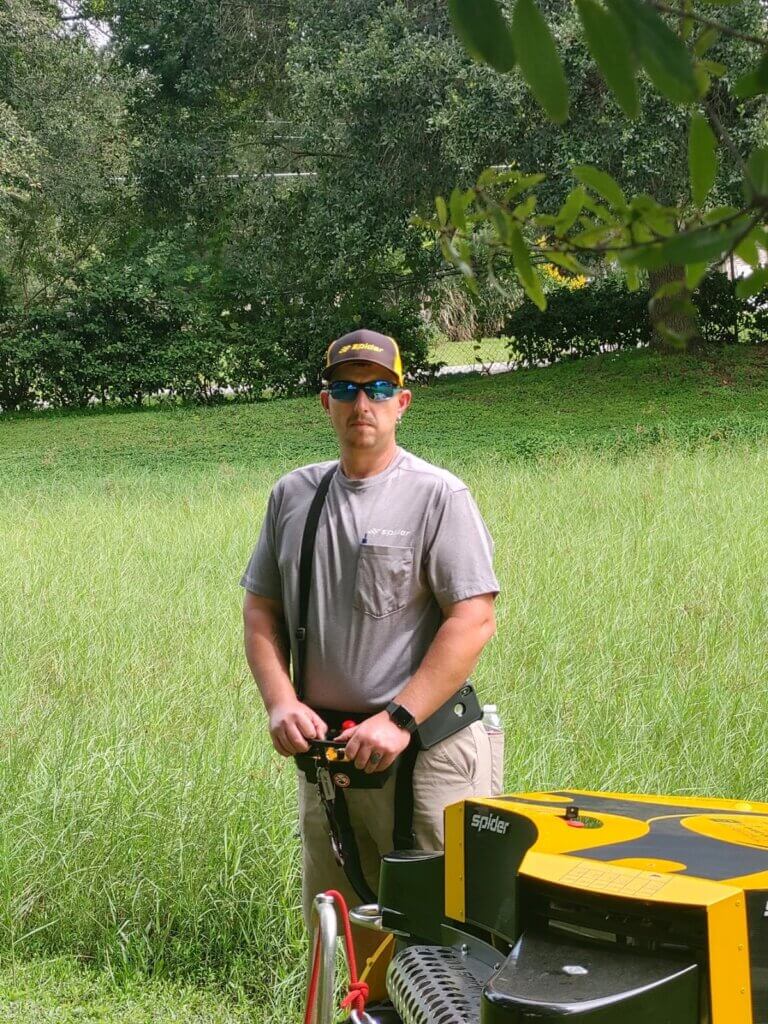 Prior to joining Spider Mower USA, William was employed as a DOT (Department of Transportation) contractor working in the State of Florida. He was part of a team of 6-10 individuals responsible for maintaining the slopes of Florida’s vast highways using brush cutters. Work was exhausting as William and his colleagues faced the outdoor elements of high temperatures and humidity. A few times, some of his colleagues were even admitted to the local E.R. for heat exhaustion.

In addition to being exposed to heat, William and his colleagues also faced several other challenges. He and his team of DOT contractors were regularly subjected to flying debris caused by the brush cutters. Being hit by flying debris, such as rocks and woody vegetation, was an unavoidable work hazard as it was required of the contractors to continuously walk up and down the highway’s slopes every day.

William also stated that he had to be “careful of his footing” to avoid the risk of slipping and falling on the slopes. By the time his workday ended each day, William was both physically and mentally exhausted. He continued to go to work on a daily basis knowing he would be subjected to these outdoor working conditions while others quit due to the hazardous elements.

A Shift from Alarming to “Amazing!”

William’s DOT contracting employer eventually purchased multiple SPIDER ILD02 mowers to improve the working conditions for their employees and to enhance their productivity on the slopes of Florida’s highways.

Once William was fully trained to become a SPIDER operator, he stated that his work life after being introduced to SPIDER was “amazing!” He and his colleagues went from hazardous, alarming circumstances to a safe, happy work environment. They were able to quickly maintain the highway’s slopes and found that work could actually be fun and enjoyable with the SPIDER ILD02. He also knew that his risk of injury was minimal compared to his days of using a commercial brush cutter. From then on, William only had to walk up and down the slopes once, since the SPIDER operates remotely from distances up to 900 feet.

While William was still subjected to Florida’s heat and humidity, he no longer had to endure the extreme exhaustion caused by the sun and physical workout involved with walking the slopes multiple times. He no longer faced the risk of physical injury caused by flying debris or other hidden dangers, such as encounters with snakes or red-ant hills.

Because of his employer’s switch to a SPIDER mower, William was able to end his workday without feeling wiped out from extreme physical and mental fatigue. He safely returned home to his family with more energy and looked forward to going back to work the next day as a SPIDER remote-control mower operator. 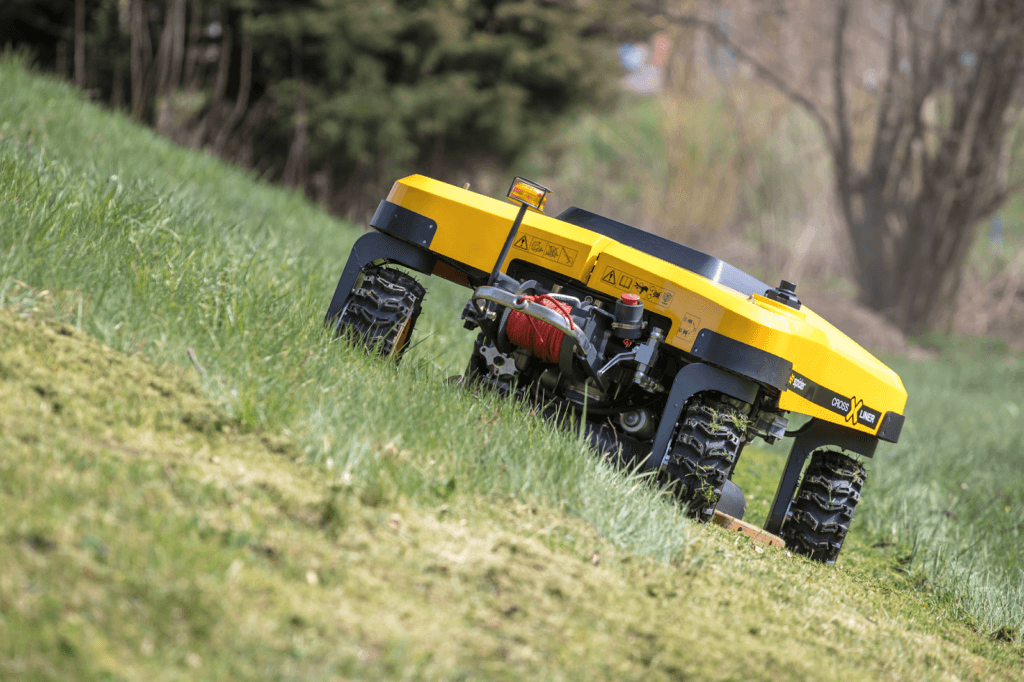 The SPIDER family of remote-control mowers provides solutions to companies looking for a safe, better work-life experience for their employees. If you’re looking for solutions like this for your employees, then a SPIDER mower is just what you need.

See our full lineup of mowers, or contact us today to request more information.